After one year as the Director of Children's Ministries at Highland, I decided that I wanted to start a 4th/5th grade group to help them get to know one another before jumping into youth group.  At the same time, we started a big conversation at the church about why would young families want to come here.  We talked to a few of the couples that had just recently joined.  Do you know what they told us was a draw to our church?  That we had a population of older people...and that some of the other "young" churches were only attracting young people and didn't have that older generation.  I was stunned.  It was something I had always taken for granted.  I'd always been a part of churches that had all generations represented.
Their comment got me thinking though.  It is a blessed thing to have so many generations in one spot and we rarely do anything together.  So, I started brainstorming about what our oldest generation could do with our youngest (well...almost youngest).  That's when I decided on writing...you remember that?  with a pencil and paper? ;) we rarely do it anymore and most of my kids had no idea how to address an envelope.  But that generation, the senior generation, they know it well - and they do it well.  When I first started the program, I put the announcement in our bulletin that I was looking for people who would enjoy writing to a child and receiving a letter in return.  I said that they did not have to come to church...if they were "shut-in" that was fine.  I also said - do your grandkids live far away?  Would you like to "adopt" a grandkid here at highland and write to them once a month?  I had a few jump on it right away.  A few were very excited.  But I needed more.  So, I started calling around to some of our folks in retirement homes.  I was saddened by some of the responses I got - "They wouldn't want to hear what I have to say" and "I haven't spoken to a child in decades...what would I say?" :( I immediately said - I'll help you.  I'll give you ideas and prompts.  You can do this!!  I finally got enough "grandpals" to get started and I paired them up with a 4th/5th grader.  I had the grandpal write the first letter to get started.  When I told my preteens about what we were going to do, I got a lot of blank stares in return.  I honestly couldn't read their faces.  But I gave them all their first letter and told them who their "grandpal" was.  Then, I told them to find a space to sit and read their letter.
What happened next brought a tear to my eye.  It was dead silent.  I had to take a picture to remember the moment. 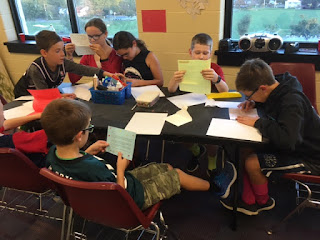 They were so engrossed in their letters you couldn't hear a sound.  It was beautiful.  Then, after after a few minutes, a few of them started reading sentences out loud or making comments.  "Hey!  Mine is 90 years old!!", "Mine also grew up here and went to my school!", "Mine has a grandkid my age that lives far away!".  So incredible.  They started forming a bond with someone 70-80 years older than them right away.  I told the grandpals to ask 3 questions and gave ideas.  That way, the youth had somewhere to start with their letters.  They answered the questions and then I told them to think of a few questions they would like to know - what did they play with when they were little?  did they play sports? what do they like to watch?  How long have they been at Highland?, etc.

After a few months, some of the youth were curious who their grandpal was.  I had not planned to ever have them meet - because a few of them were shut ins and couldn't get to Highland.  However, they could send a picture.  So, I told the kids they could include a school picture in their letter (if it was okay with their parents) and they could ask their grandpal to send one.  So some of them looked for each other on sunday morning :)

By the end of the year, they were really wanting to meet their grandpals.  So, I talked with a few of the ones that I was concerned about and they wanted to come.  I had the youth make invitations and we had a "Pizza and painting" night.  It was so awesome watching them meet (some for the first time - others had found each other in worship).  At the end of our night, I had the youth exchange paintings with their grandpals to take home. 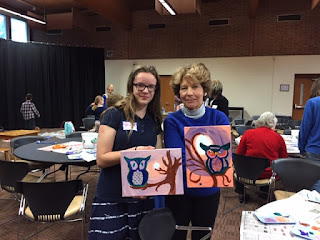 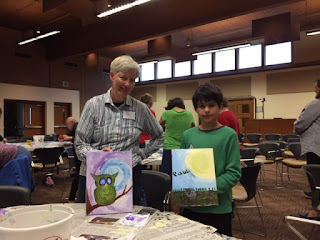 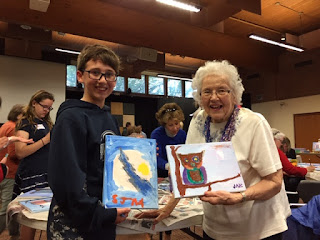 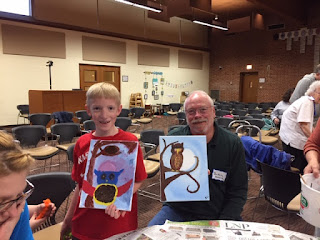 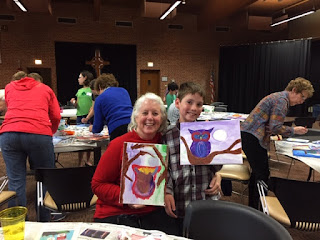 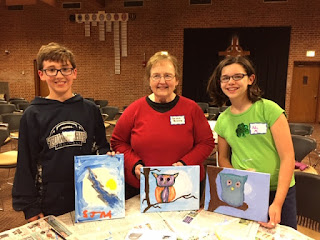 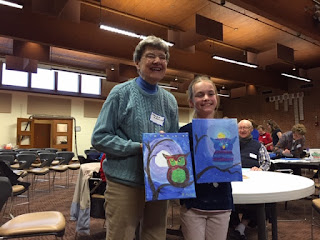 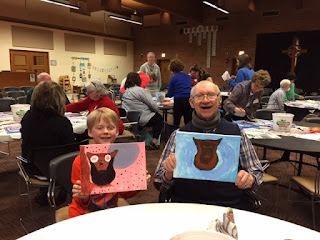 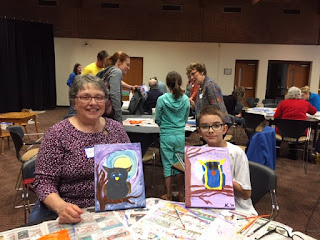 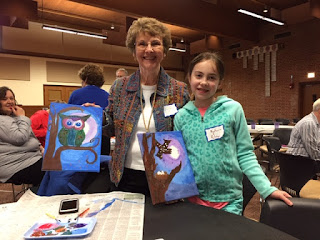 We are now in our 3rd year doing this.  I still love it and it still means a lot to both groups.  One thing I learned pretty quickly though - we all know that preteens attend sporadically - but the grandpals did not.  Very few youth came every single month.  So, it was common for grandpals to not get a reponse some months.  A few of them questioned this.  I had to remind them that what they were doing was a ministry.  Even if they didn't get a letter in response - I promised them that their letters were getting read.  I also encouraged them to write about church and God in their letters.  Tell them how important their faith is...consider this an opportunity to evangelize to the child.  You have their complete attention - make it count :)

Something else you need to expect - if you are working with 80-90 year olds you need to be prepared (as do the youth), that sometimes they can get really sick, and they could even pass away.  This happened last year to one of the youth.  It was very sad, but I talked with the youth (who happened to be my daughter) and immediately assigned her a new grandpal to help her move on.  Her new grandpal understood what happened and mentioned it in her first letter.  It was very sweet.

Overall, the program has been a success.  I love it.  Sometimes, if I take the kids somewhere, then we don't have time to write.  If this happens, I take pictures!  I take individual pics (like the ones below) and a group pic and send them instead of a letter (with permission from parents of course). 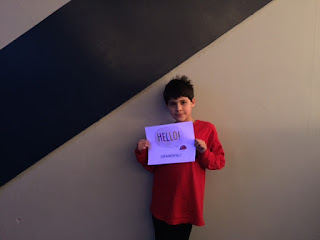 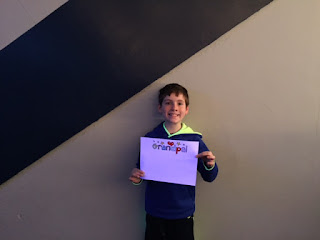 I hope this inspires you to help your oldest and youngest generation connect.  It's a beautiful thing!
God bless!

You can read a little bit more about it in the publication Presbyterians Today...
https://www.presbyterianmission.org/story/0817-fun/
Posted by Kids @ Highland at 10:56 AM No comments: